Chat now
We are IDT

Zoe Fredriksen | Oct 13, 2021
From the Arctic to the Boundary Waters, biochemist Zoe Fredriksen has trekked along an untraditional career path.

Zoe Fredriksen, a Production Biochemist/Biological Reagents Tech II in IDT’s Bulk Biological Reagents group, traveled an unconventional path to reach her current role formulating solutions and purifying proteins for groundbreaking research. From Arctic expedition training in northern Norway to summers in the wilderness of the Boundary Waters, this Downers Grove, Ill., native has always managed to make a tangible difference. We’ll let her tell the story!

I officially moved to a small island above the Arctic Circle three days after my high school graduation. I worked nights cleaning and sanitizing factory equipment on the production line for Nordlaks, a prominent fish factory in northern Norway. I lived with my grandparents on the island of Børøya and spent valuable time reconnecting with my extended family.

Following that first summer, I deferred my college admission to attend a year-long Arctic expedition training course in the one of the northern-most regions of Norway (70°N), Alta. This experience was life altering and sent me on an unexpected path.

Spending 70% of the year sleeping under the stars on the Arctic tundra has a way of putting life into perspective. The vastness of the sky, the stillness, the quietness, the unending expanse of stars as a backsplash for the northern lights. It was unbelievably breathtaking and, frankly, almost indescribable. Words and photos can't do it justice. 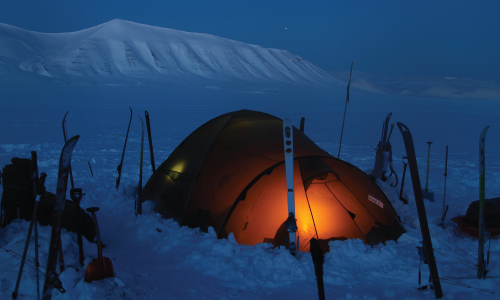 All previous stress I felt for not following the “traditional” path of graduating high school and enrolling directly into college dissipated with this newfound perspective. The gift this opportunity gave me was a factory reset (pun sort of intended). The busy lens of modern life was lifted and all expectations for what life should look like were stripped away. To say I changed and grew in ways I would never have expected is undeniable. Somehow, miles away from civilization and surrounded by snow, I rediscovered my strength and found my way to myself. Culminating with the final expedition on Spitsbergen, Svalbard, I took solace in the quiet and realized that I had total freedom to pave my own way from here. 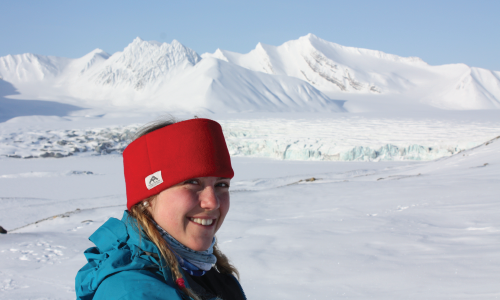 Feeling inspired, I decided to stay in Norway upon completion of the program. I couldn't imagine leaving this landscape that had woven its way into the fabric of my life, just as prominently as the countless, beautifully handknit wool sweaters my grandmother gifted me throughout my childhood.

Back on our little island, I worked another summer cleaning at the fish factory. Despite being surrounded by mountains and sea, I experienced wilderness withdrawal. Rejoining the din of social media and social scenes was a shock to the system. I enrolled in the local school to complete some general education courses while I applied to universities in Norway.

In April, those plans fell through. After a quick email to Coe College in Cedar Rapids, Iowa, I was set to take my place with my scholarship untouched, two years later than expected. I finished my last shift at the fish factory for the summer, hopped on a plane, and spent one evening with my parents in Downers Grove after two years away before packing up and driving bleary-eyed to move-in day the next morning.

Coming from a high school of nearly 4,000 students and then living in a small community in Norway, Coe was the perfect size to get reacquainted with the States. I benefitted greatly from the variety of courses and opportunities that came my way, the most significant being Coe's Wilderness Field Station. It became my number one goal to attend WFS, which meant returning to the fish factory for one last summer to save up for that experience. 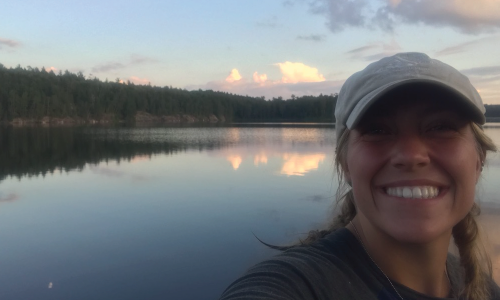 I was fortunate to spend two uninterrupted summers in the Superior National Forest and Boundary Waters, first as a student, then as a program assistant. I loved spending the entire summer outdoors, canoe-camping and guiding weeklong canoe trips. This experience was the closest thing to factory reset since my time in Norway and I craved it. The WFS became the core of my college experience. The wilderness withdrawal afterwards was a familiar ache and I realized I had to make the switch from biochemistry to environmental science.

Upon graduating, I wanted to find my way within the wildlife/environmental/conservation fields. I dreamed of getting a permanent job somewhere beautiful, expansive, and freeing. Working countless temp jobs, bouncing from place to place, and experiencing a lot of variety and nature was exactly what I wanted. It turned out, however, that there is intense competition for those jobs, which also happen to lack reliable pay and benefits. Many of them are volunteer positions or offer negligible compensation. I was also at a disadvantage of being an older applicant because I no longer had the luxury of being on my parents' health insurance. I could accept a position following this path, but I would have to risk financial instability. I knew I would need to replace my car within a year, and I knew I would need to start paying down my student loans. With the realities of adulthood in mind, I decided to work for a year to save up money before trying again for one of these opportunities.

I landed a job as the second-shift QC lead at a brewery. I was not passionate about the beer industry, but it was a start. I felt uninspired, and the itch to disappear into the wilderness was growing. I started looking for other job opportunities when the pandemic hit. Fortunately, I’d applied for a few jobs in biotech, including one at IDT, which had a reputation at Coe for being loyal and supportive of local graduates. The offer from IDT came at the perfect time, and I couldn't be more grateful for the opportunity. My current role has been better than I ever imagined, from the work environment to the new challenges and variety of the job, to contributing to the scientific community and global pandemic response. 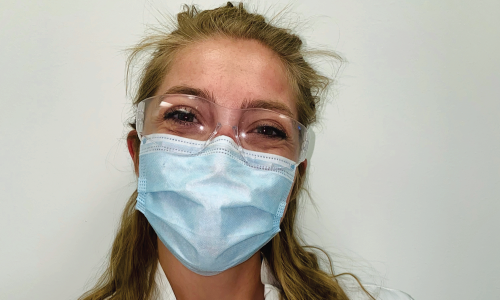 As a Production Biochemist/Biological Reagents Tech II for the Bulk Biological Reagents department, I formulate bulk reagents for various IDT products and test kits, including ones related to COVID-19 testing. I also purify various proteins, some of which are used in COVID-19 testing and CRISPR genome editing of which are used by a Nobel Prize winner in her research. It is incredibly rewarding and humbling knowing that the job I do is making a tangible difference in the world! I work with a great team. The mutual respect and efforts taken to keep employees safe during the pandemic is impressive. I enjoy the variety of my responsibilities and I look forward to work each day.

An entire network of supportive people helped me find the way to where I am, including countless family members who provided support in Norway and those who helped me get hired at the factory, which led to opportunities I never would have experienced otherwise. There were those who provided beds and warm meals on visits, those who picked me up from the airport and helped with plane tickets and, most importantly, the Arctic experience itself. Without parents’ encouragement and my aunt’s and uncle's generosity, I would not be who I am. My support system is as vast as the open sky I used to dream under and for that I am incredibly privileged and grateful.

I fully expected to get a job in the outdoors doing field research for a few years, but fate intervened and circumstances change. I was initially hesitant to step away from that career path because I worried that I wouldn't find fulfillment from a “monotonous” lab job. I didn't expect to thrive so much in a scientific/laboratory setting but I am so happy to have ended up here. It worked out for the best! Of course, if anyone plans to open a production lab in the Arctic tundra, or if anyone is looking for someone to collect lake samples in the Boundary Waters, I may want to reconsider!