Scientists have been introducing mutations into cells and organisms for many decades, either using chemicals and radiation to make unpredictable mutations or using complicated molecular biology techniques and viruses to introduce specific mutations. CRISPR genome editing combined with HDR has greatly sped up the process of introducing desired specific mutations for development of model biological systems. 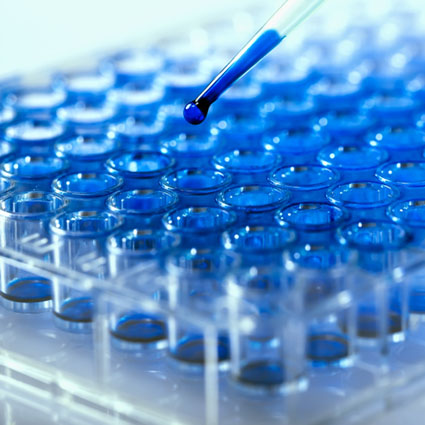 A gene mutation is a change in the gene’s DNA sequence and is not to be confused with gene knockdown. Scientists often intentionally introduce specific mutations in cells for research. Basic molecular biology techniques have enabled scientists to do this for several decades in some cell types, especially bacteria and yeast. Such mutagenesis is relatively straightforward, because both bacteria and yeast can easily be “transformed”—induced to take up foreign DNA. Yeast cells undergo homology-directed recombination (HDR) even when there is no double-strand break (DSB) in their DNA to be repaired [1],whereas bacteria take up and incorporate plasmids into their genomes [2]. Many important discoveries have been enabled by such mutagenesis processes in bacteria and yeast, but these organisms leave much to be desired as models of the human body.

In experiments with mammalian or other animal cells [3], harsh chemicals and bombardment with radiation have been used for several decades to induce mutations randomly. However, a specific change in a specific location cannot be introduced this way. Making precise changes in mammalian genomes usually involved using complex molecular biology techniques to introduce the desired mutations. To generate transgenic animal models, specific mutations are introduced in embryonic stem cells which are then used to generate live animals with the specific mutations. Generating such a mutant mouse or other animal can be difficult and costly.

Precise mutations with CRISPR and HDR

The advent of CRISPR genome editing has removed the major challenges of making specific mutations in all kinds of cell types. Now, quickly and easily, a precise mutation can be introduced at a specific genomic site by using CRISPR technology. These precise mutations can be as small as a point mutation, in which only one base pair is changed, or as large as insertion of an entire gene. This is accomplished by supplying an HDR donor template.

How does homology-directed recombination (HDR) work?

In cells, if a DSB occurs in genomic DNA, the break must be repaired, or the cell will die. Cells have several repair mechanisms, including  non-homologous end-joining (NHEJ), which often introduces unpredictable mutations, and homology-directed repair (HDR), which is the process of copying a donor strand of DNA into the region of the DSB. In diploid cells in vivo, if a DSB occurs in one allele, the donor strand is usually the identical DNA in the other allele [4]. Similarly, in the lab, scientists can introduce donor strands of DNA containing a desired sequence to try to encourage a cell to incorporate the new sequence into the genomic DNA.

To improve HDR rates, scientists have studied benefits of different lengths of donor strands, different lengths of homologous ends, single- vs. double-stranded donor DNA, and other variables. One important finding is that HDR competes with other DNA repair systems such as NHEJ. Some small molecules can increase the rate of HDR, such as IDTs HDR Enhancer v2. Depending on the experimental system, other factors also strongly influence HDR rates.

HDR before and after the discovery of CRISPR: recombination vs. repair

Scientists have been trying to take advantage of the HDR process for a long time. Well before CRISPR genome editing was discovered and before the importance of DSBs was understood, scientists had already observed rare occurrences of homologous recombination (HR) in cells without DSBs. This observation was the driving motivation for many attempts at viral-mediated gene therapy. The idea was to use viral vectors to bring a high concentration of a DNA template into cells and thus encourage the cells to recombine their genomic DNA with the new sequence. Those experimental approaches depended on homologous recombination without any actual repair.

It was eventually discovered that homologous recombination works much better when a DSB is present than when there is no DSB [6]. This was a key finding that inspired many researchers to look for ways to make a DSB at a targeted genomic site, leading up to the discovery of CRISPR. When cells use HR to repair a DSB, the recombination event can properly be described as “repair,” so the term “HDR” usually is used as an abbreviation for homology-directed repair, not just recombination. CRISPR genome editing has proven particularly useful, because it introduces a targeted DSB easily and efficiently, thus allowing HDR to occur.

Scientists have many reasons to change the genomic DNA sequences in their samples. For example, such mutations are useful for modeling diseases that are caused by known, naturally-occurring mutations. Conversely, scientists can also use this kind of technique to correct existing mutations. Both small and large mutations can alter gene expression. Inserting, labeling, and knocking out genes all are applications of introducing mutations. These processes allow scientists to produce model cells or organisms to uncover biological processes.

The ability to edit a genome accurately and quickly has applications ranging from basic research to the promise of gene therapy for a host of human diseases. Some examples include: