Learn the basics about miRNA Inhibitors (also known as anti-miRNA oligos, or AMOs) for knockdown of miRNA expression in loss/gain of function studies.

MicroRNAs (miRNAs) are important modulators of gene expression, and their dysregulation is implicated in numerous diseases. Synthetic oligonucleotides that alter expression of functional miRNAs are being used to identify biological targets, and can be used therapeutically when miRNA dysregulation contributes to pathophysiology.

Mature miRNAs, with a typical length of 19–24 nt, can be inhibited by steric-blocking using IDT® miRNA Inhibitors. Also known as anti-miRNA oligonucleotides (AMOs), miRNA Inhibitors are often chemically modified to improve functional potency (by increasing their binding affinity to target miRNAs) and to provide protection against nuclease degradation. An ideal modification should be non-toxic and should not increase binding affinity to the extent that specificity is compromised. IDT has developed a ZEN™ non-nucleotide modifier that confers favorable properties to 2′-O-methyl RNA miRNA Inhibitors. These ZEN miRNA Inhibitors are highly stable in cell culture and provide high potency, high specificity, and low toxicity. 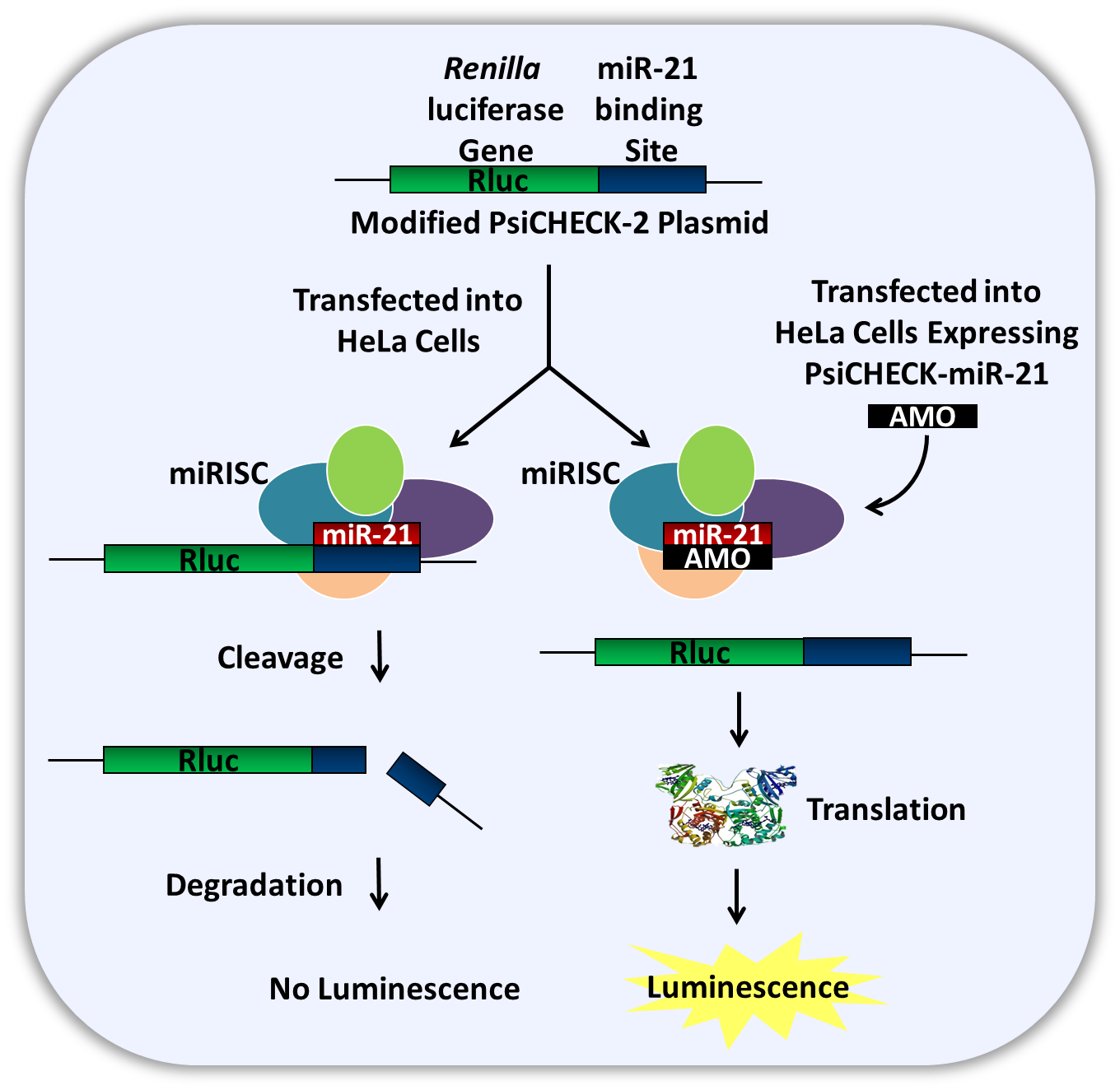 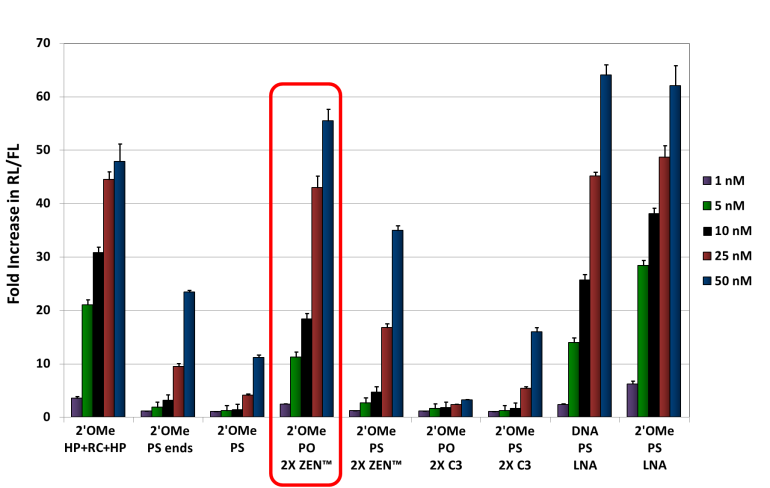 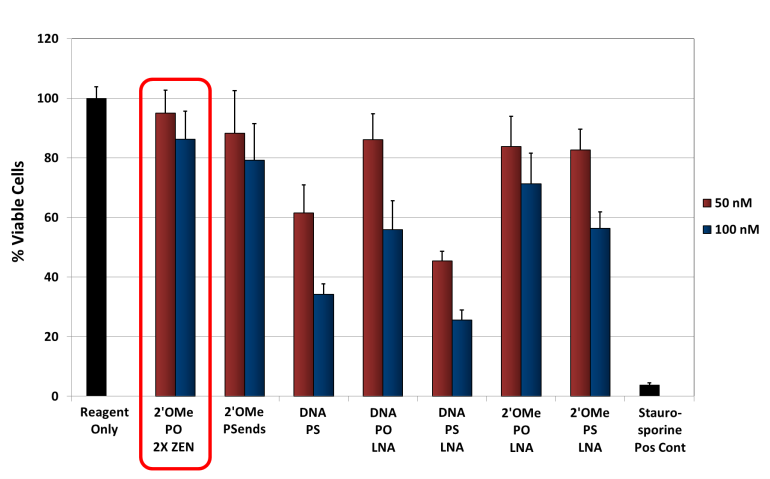 Use to inhibit miRNA function through steric blocking.